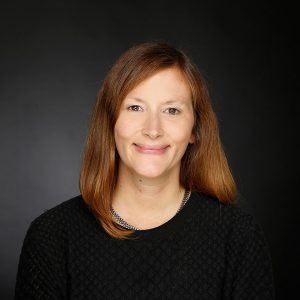 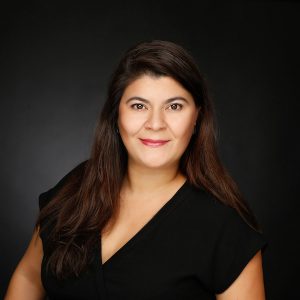 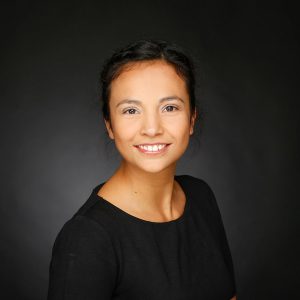 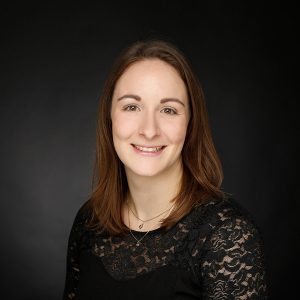 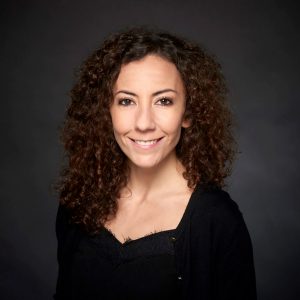 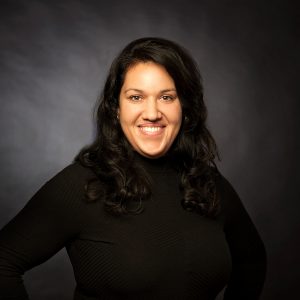 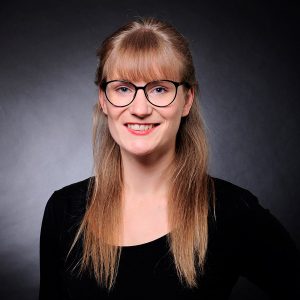 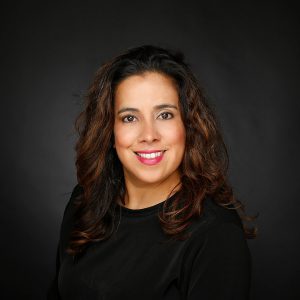 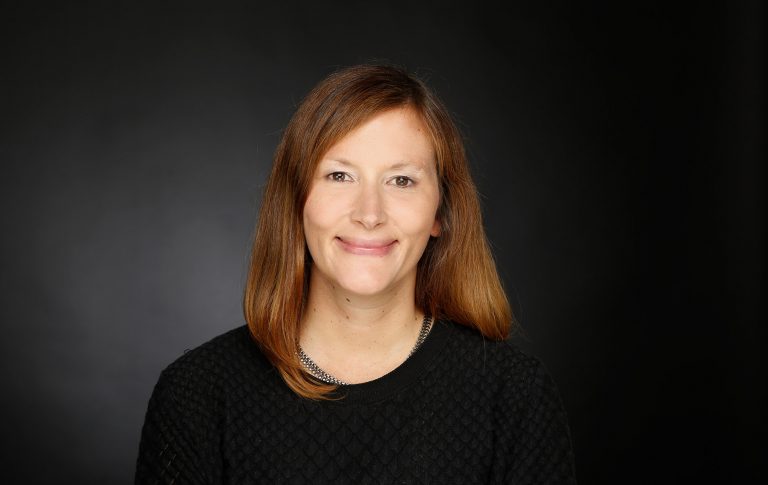 Isabell has been crazy about travel ever since she was a little girl. No matter whether she’s camping at the North Sea, backpacking in Australia, staying at a luxury hotel in Asia or snowboarding down the Alps, she feels right at home on the road. And thanks to her extensive language skills, she is hardly ever at a loss for words.

In 2000, Isabell decided to make travel her career path of choice. Being a curious person, she tried a range of options—from tours to cruises, from the hotel industry to event management—before happily and passionately settling on destination marketing, which is what she has been doing in recent years.

Most recently, Isabell headed up the destination marketing team at one of the top-five tourism PR and marketing agencies. Her happy clients hail from up north like Estonia to down south like Piedmont in Italy. They span as far west as Peru and east as South Korea.

Following a short stint in FMCG marketing, Isabell returned to tourism in 2013 and founded fame, fulfilling a long-held dream of hers.

You can communicate with Isabell in English, German, Spanish and French. 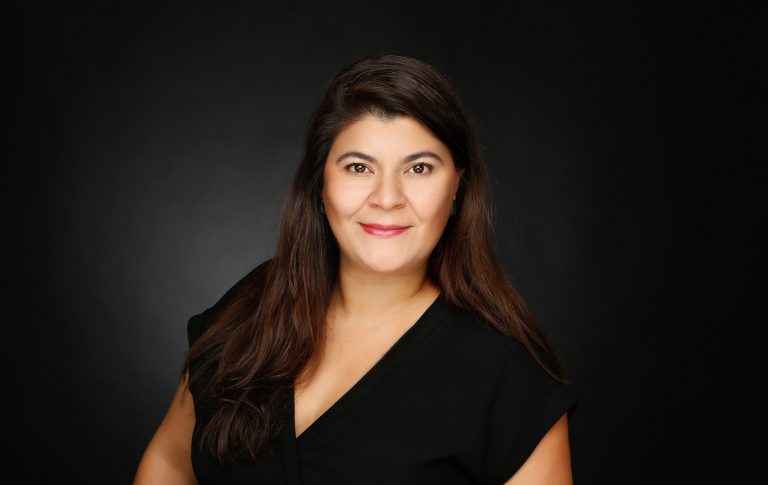 A world soul who loves to communicate, Karin began her career in travel industry marketing in 1997 as a trainee for the Walt Disney World in Florida. Her passion for the sector has only grown since then.

Already as a young talent, Karin has worked in top management positions for several tourism organizations, such as the São Paulo Convention and Visitors Bureau and the Brazilian Tourist Board (Embratur). From 2004 to 2008, she was Embratur’s CEO for the German-speaking markets, the Benelux, the Nordic countries and Russia.

In 2008, Karin started as a Key Accounts Director one of the top-five niche marketing and PR agencies in Germany, where she acquired and worked passionately for several accounts and projects, with a list of clients (now good friends) that included LATAM Airlines (in 12 different markets worldwide), Santa Catarina, Apex Brasil (on projects like Wines of Brazil and CEBIT), Amazonas, Bahia and Uruguay as well as many other Latin American and European clients. She simultaneously continued to work on projects for Embratur. Needless to say, she knows everyone worth knowing in the travel industry.

Everyone who knows Karin agrees that she is a first-class communicator and networker. She can always find a way to form the best partnerships, leveraging a broad range of contacts with key decision-makers in a variety of industries, including the media, hospitality, lifestyle, wine and sports industries.

In 2013, with numerous projects in mind, including more work with the wine industry, she decided it was time for a new challenge and partnered with her like-minded friend and partner, Isabell, to found fame and fulfill a long-held dream.

You can communicate with Karin in Portuguese, German, English, Spanish, French, Italian and Dutch. 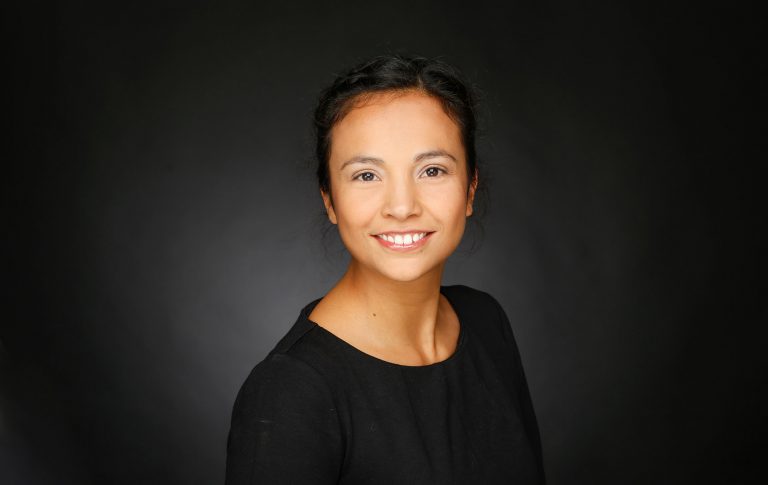 By living in multiple cities during her childhood, Berenice discovered the enriching experience of meeting people from different backgrounds and cultures. An exchange year abroad showed her that the tourism industry was the right path for her free spirit.

Over the course of her tourism studies and professional experience in Mexico, the United States, Spain and Germany, she learned to incorporate the positive features of every culture she interacted with. It was during the writing of her master’s degree project in 2011 that she met Karin and Isabell, the managing directors of fame.

Berenice has promoted destinations such as Mexico and Peru in the German-speaking market and Eastern European countries and has worked on tourism development projects for Rwanda and the Moselle River in Germany. Nurturing relationships with journalists, partners, potential customers and brand advocates is one of the things she enjoys most about the job, and as such, she has a broad network of stakeholders in the industry.

Her pleasures in life are undoubtedly travel, deep work and enjoying the world’s gastronomy and history.

You can communicate with Berenice in English, Spanish and German. 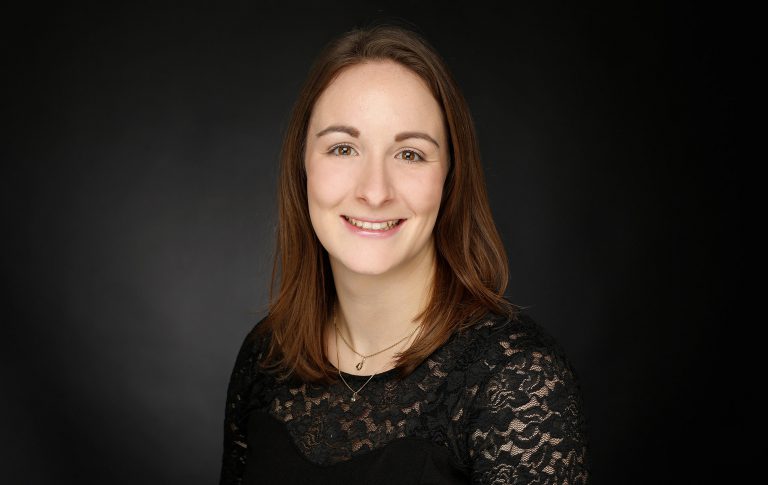 Sophie caught the “travel bug” way back in the 10th grade, when she went on an 11-month exchange to Brazil. There, she got to know the country, the people and the culture. Sophie lived with a host family and attended a local school, helping her to become fluent in Portuguese. She also speaks Spanish and English.

Back in Germany, after finishing school, she decided to pursue her passion and go into tourism professionally. She studied dual tourism management in Frankfurt. Guided by her curiosity, Sophie explored Southeast Asia on several long trips during her education, enjoying the new experiences, the stunning nature and the exotic food. During an internship at a PR and marketing agency, she fell in love with destination marketing, which is why she now forms part of the team here at fame.

In addition to travel, cheerleading is one of Sophie’s great passions. She has been practicing the sport for more than 12 years, and it is far more than just shaking pompoms. 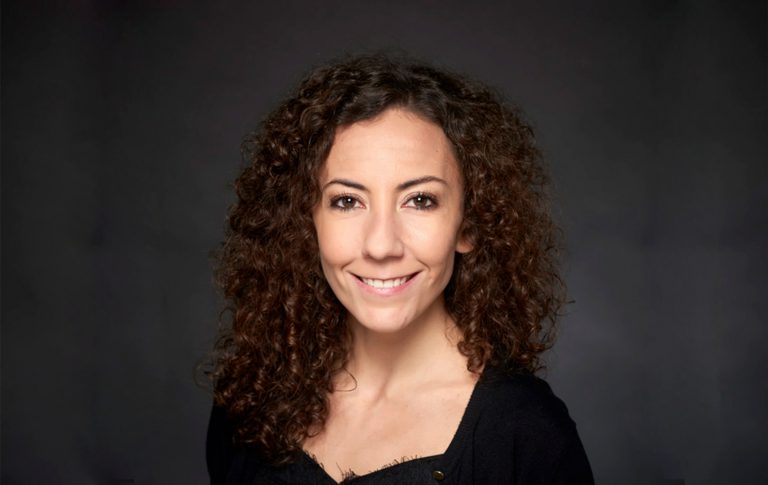 Gema is a Spaniard, a journalist and a communications and social media buff. Even before she completed her studies, she knew that her passion was PR and communication, and she soon began gaining field experience in several PR agencies and press offices. Her very first accounts included Pepsi, Europcar and Pullmantur, with the latter two to blame for her insistence on a career in tourism.

In 2010, Gema‘s dream became a reality when she joined the team at Globally, Spain’s leading tourism and lifestyle agency. She worked and visited quite a few exotic destinations, such as Jordan, Peru, Ecuador, Malta and the Loire Valley and learned the ropes of tourism and communication.

Gema believes that the key to success is loving what you do, so she is very lucky to combine her two big passions—travel and communication—every single day.

Gema currently lives in Frankfurt and works as a freelance consultant with fame creative lab. She also keeps herself busy as a travel blogger and as a freelance editor for El País.

You can communicate with Gema in English, Spanish and German.

A native of São Paulo, Brazil, Gabriel is now filling up his passport with stamps from all over the world. He already began hunting out new challenges, especially abroad, when he was a teenager. After falling in love with many countries and indeed with the very act of traveling on his many trips around the world, he decided to come to Germany, more specifically to Worms, to expand his knowledge of the travel industry by studying tourism and travel management.

A self-avowed destination marketing fan, Gabriel has been supporting us with trade fairs, road shows, workshops and in-house training sessions since early 2016. He is often on the road and keeps travel agencies and tour operators up to date about our customers. He is also keeps up a lively presence on our social media channels.

Gabriel loves taking pictures, and his camera is his trusty companion. His personal hobbies include long talks with friends, especially about soccer, Asian food, music and TV shows, hiking and new bars in new cities.

You can communicate with him in Portuguese, Spanish, English or German. 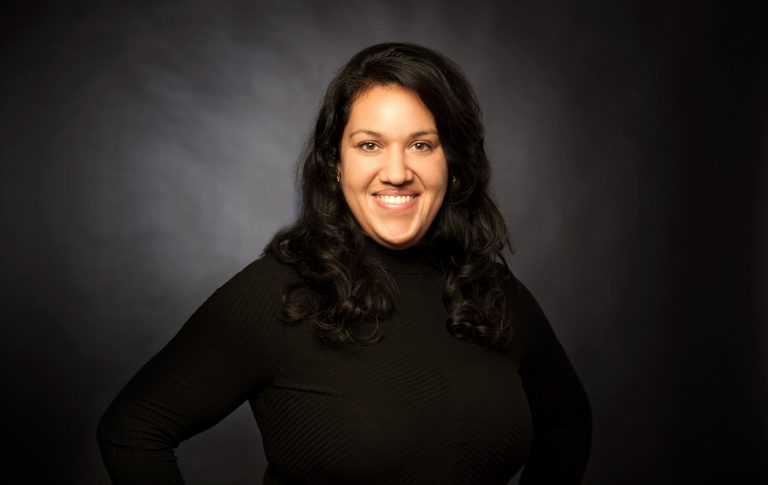 Exoticism, intercultural encounters and unique travel experiences have characterized Sonja since her early childhood. She quickly discovered that travel means more than just recovery, fun or variety; at the “right” moment, it can also be magical.

As a tourism geographer, Sonja knows which destinations are attractive for which travel needs and how to put them in the right light with just a few flicks of the wrist. As a project manager with a tour operator, she passionately designed one-of-a-kind trips to Latin America for individuals. Her customers were especially pleased by the perfect organization and the numerous insider tips from Peru and Colombia, both places where Sonja has lived. There, she worked in development aid and in sustainable tourism.

Sonja is part of the first generation of travel bloggers, moves comfortably about the digital world and has a nose for new trends. She specializes in online marketing, search engine optimization and social media.

When not working, Sonja likes to go on hiking trips, take road trips, visit art exhibitions, music festivals and street food markets and go out and about with her camera.

Sonja has made her home in Hamburg. From there, she freelances for the team at fame creative lab and other digital companies.

Whether in German, English or Spanish, Sonja is looking forward to sharing ideas with you. 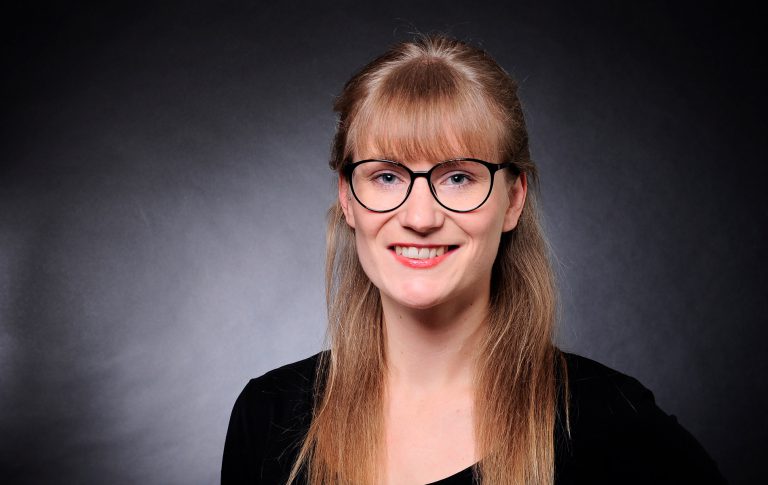 Catharina is happiest when she is traveling. Having caught the travel bug early on, she studied tourism management with the idea of a career in the tourism industry. Her journey then took her to a travel agency, an incoming agency and the hotel industry before ultimately guiding her to her place in destination marketing and at fame.

Authentic communication is very close to Catharina’s heart. She bases her communication approach on the contacts and experiences she brought back as “souvenirs” from her stints abroad as well as her curiosity to look beyond what is normal to her. In order to do this properly, she will gladly offer herself up as a guinea pig to try foreign cuisines, travels with serenity and tries to stay as close to nature as possible. She is particularly well versed in the Latin American region, whose cultural and political perspectives are the subject of her master’s degree study.

Catharina finds her balance through an extended flow on the yoga mat, on one of her beloved bikes or at one of any number of live music events. 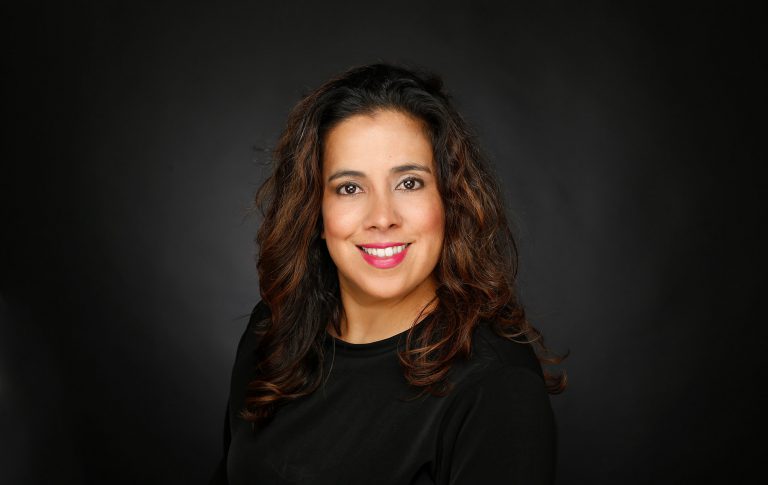 Born and raised in Mexico, Neyda has been living in Germany with her husband and son for ten years now. Her first contact with the tourism industry at the tour operator Sprachcafé, where she organized individual cultural and language trips, was enough to infect her with the travel bug. At the agency Zerotwonine Neyda discovered her passion for the luxury segment. Planning to concentrate more on an affluent clientele in the future, she completed a master’s degree in Luxury Management at Polimoda University in Florence.

With all that accumulated knowledge Neyda finally set off for Dubai, where she was able to use her broad network to attract renowned brands such as Emirates, Leading Hotels of the World and Six Senses for joint projects in the MICE sector and promote large events like Formula One races. Currently, Neyda supports fame creative lab with all MICE and events projects with her expertise, her large contact network and her talent in dealing with different customers from all over the world.

Her passions are travel, discovering foreign cultures as well as design and interior design, especially in the hotel industry. She also loves flowers and floristry. You can communicate with Neyda in German, Spanish, English and Italian.

Already as a child Karisha loved to travel – be it alone halfway around the world to visit her dad in the USA, or exciting summer holidays with her mom. Until today her adventurous spirit is not yet satisfied.

“You simply can’t get enough of the fascinating world” Karisha finds and likes to travel again and again to get to know, experience and discover new countries and cultures: For example the dream beaches of the Indian Ocean, the Caribbean lifestyle or as an absolute highlight the South Sea Islands with Bora Bora, Moorea and Tahiti.

After her training as a foreign language secretary in English and Spanish, Karisha decided to train as a travel agent in the tour operator sector. Already during her training, she was able to visit many new destinations, including Hong Kong and Singapore, and got to know the exciting world of tour operation and tourism. She then spent five years with a well-known tour operator as marketing coordinator responsible for Asia, Africa, Australia/New Zealand/South Sea and the Orient, where she was able to make many exciting contacts and acquire the relevant destination marketing know-how. In addition to planning and supervising entire campaigns, she also loves writing creative texts and maintaining close contact with service providers such as hotels, tourist offices and airlines.